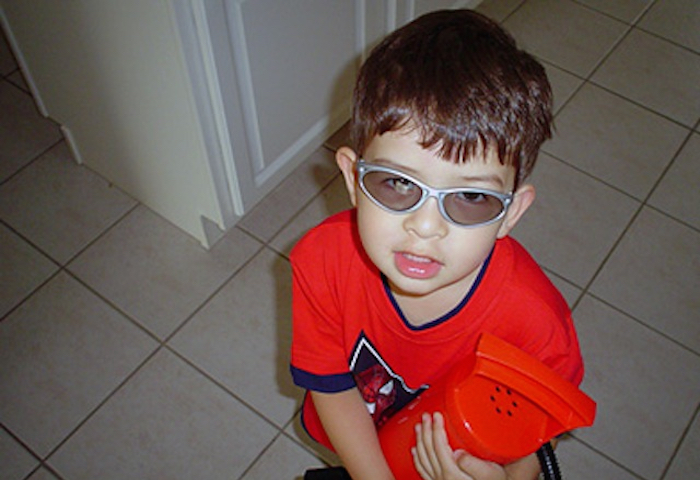 Kent assumes the personality of a different cartoon character — or hero — every day. He seems to shuffle between Ninja Turtles, Batman, Danny Phantom, Robin (from “Teen Titans”), Jackie Chang and others. He has even been Spongebob Squarepants! Needless is to say we — Kim and I — are always the bad guys.

Today he decided he was a Ninja Turtle (purple and blue at times) and that Kim and I were Shredders (of different colours, of course). Then Kim told him she was April (don’t ask me from what cartoon), which he understood as Eggroll and so a new hero was born: Kim, The Eggroll :-)

Here is him, as Robin (lead hero from “Teen Titans”). Don’t ask me what kind of “weapon” it is the inflatable mattress pump. It is, for sure, a super weapon.

Kids these days grow much faster than I did, no doubts. Amazing!