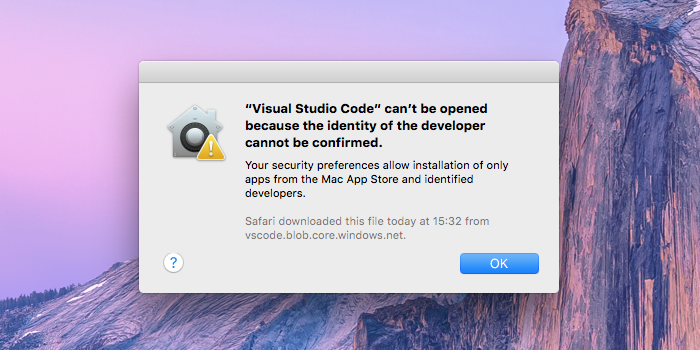 I have been tempted to try it, as I read its file comparison is very nice, its intelliSense, and it’s based on the same platform as Atom, which I happen to love. Today was the day, but as you can see, it is a non-signed OS X application. Microsoft is big enough, and rich enough to afford signing their OS X applications, but they chose not to. Therefore, I am passing. I am sure it’s very nice.